Mills: If You Want ‘Renewable Energy,’ Get Ready to Dig

Mills: If You Want ‘Renewable Energy,’ Get Ready to Dig

An op-ed by Mark P. Mills, senior fellow at the Manhattan Institute and a partner in Cottonwood Venture Partners, an energy-tech venture fund, and author of the recent report, “The ‘New Energy Economy’: An Exercise in Magical Thinking,” published on August 5, 2019 in the Wall Street Journal:

Democrats dream of powering society entirely with wind and solar farms combined with massive batteries. Realizing this dream would require the biggest expansion in mining the world has seen and would produce huge quantities of waste.

“Renewable energy” is a misnomer. Wind and solar machines and batteries are built from nonrenewable materials. And they wear out. Old equipment must be decommissioned, generating millions of tons of waste. The International Renewable Energy Agency calculates that solar goals for 2050 consistent with the Paris Accords will result in old-panel disposal constituting more than double the tonnage of all today’s global plastic waste. Consider some other sobering numbers:

A single electric-car battery weighs about 1,000 pounds. Fabricating one requires digging up, moving and processing more than 500,000 pounds of raw materials somewhere on the planet. The alternative? Use gasoline and extract one-tenth as much total tonnage to deliver the same number of vehicle-miles over the battery’s seven-year life.

When electricity comes from wind or solar machines, every unit of energy produced, or mile traveled, requires far more materials and land than fossil fuels. That physical reality is literally visible: A wind or solar farm stretching to the horizon can be replaced by a handful of gas-fired turbines, each no bigger than a tractor-trailer.

Building one wind turbine requires 900 tons of steel, 2,500 tons of concrete and 45 tons of nonrecyclable plastic. Solar power requires even more cement, steel and glass—not to mention other metals. Global silver and indium mining will jump 250% and 1,200% respectively over the next couple of decades to provide the materials necessary to build the number of solar panels, the International Energy Agency forecasts. World demand for rare-earth elements—which aren’t rare but are rarely mined in America—will rise 300% to 1,000% by 2050 to meet the Paris green goals. If electric vehicles replace conventional cars, demand for cobalt and lithium, will rise more than 20-fold. That doesn’t count batteries to back up wind and solar grids.

The demand for minerals likely won’t be met by mines in Europe or the U.S. Instead, much of the mining will take place in nations with oppressive labor practices. The Democratic Republic of the Congo produces 70% of the world’s raw cobalt, and China controls 90% of cobalt refining. The Sydney-based Institute for a Sustainable Future cautions that a global “gold” rush for minerals could take miners into “some remote wilderness areas [that] have maintained high biodiversity because they haven’t yet been disturbed.”

What’s more, mining and fabrication require the consumption of hydrocarbons. Building enough wind turbines to supply half the world’s electricity would require nearly two billion tons of coal to produce the concrete and steel, along with two billion barrels of oil to make the composite blades. More than 90% of the world’s solar panels are built in Asia on coal-heavy electric grids.

Engineers joke about discovering “unobtanium,” a magical energy-producing element that appears out of nowhere, requires no land, weighs nothing, and emits nothing. Absent the realization of that impossible dream, hydrocarbons remain a far better alternative than today’s green dreams. 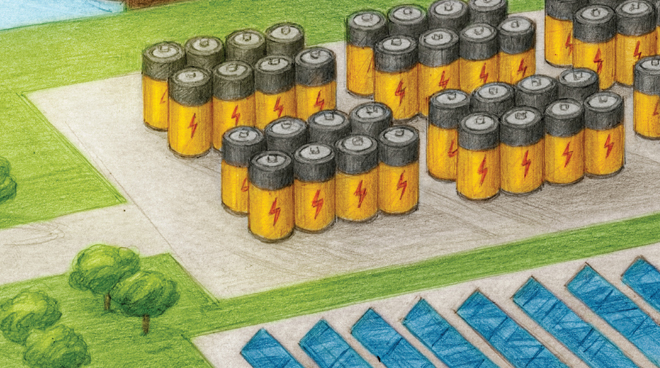 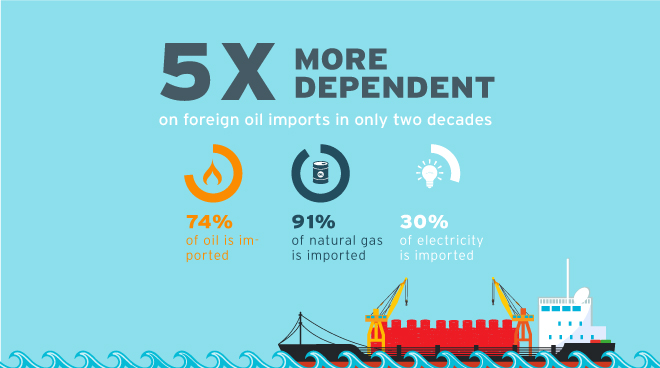