Champion of Science: An Interview with Scientist Dan Tormey

Champion of Science: An Interview with Scientist Dan Tormey

“The responsibility of scientists is to communicate — not to advocate, but to present facts,” said Dan Tormey, a geologist who is the president of Santa Monica-based environmental consulting firm Catalyst Environmental Solutions.

That spirit has always guided Tormey’s work. It applies whether he’s analyzing ash from a volcano or water quality for oil engineers, or presenting information to the public. “I try to make facts understandable not just to other scientists but to the general population,” he said.

“The responsibility of scientists is to communicate — not to advocate, but to present facts.” – Dan Tormey

Tormey, who received a doctorate in geology and geochemistry from the Massachusetts Institute of Technology after studying civil engineering and geology at Stanford University, was the principal investigator for those studies. The core of the study was related to the public: reaching out to the people living near the field before the study started, in order to determine what concerned them, and how to incorporate that into the study; and taking the time to present the results in part by presentation and in part by answering questions for four hours after the presentation.

His teams measured 15 different resources near the Inglewood site for two years (before, during and after two wells were fractured), addressing areas such as water and air quality, vibration and even local traffic. Although all of the meetings were energetic, the questions were asked sincerely and answered with fact and best professional judgment: “answer the question” is a key to effectively communicating science. 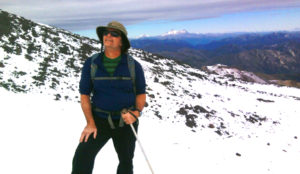 Dr. Tormey has been asked by the Governor and State Legislature to participate in panels related to the oil and natural gas industry, including offshore conditions, underground injection of produced water, and others. Possibly Tormey’s biggest California contribution has been his work on the California Council on Science and Technology’s (CCST) independent report reviewing the safety of wide-scale well stimulation techniques like hydraulic fracturing. The CCST’s peer-reviewed study was submitted to the Governor and California State Legislature in the summer of 2015. It was commissioned by the California Natural Resources Agency as a result of 2013’s Senate Bill 4. The law required an independent review of well stimulation techniques in order to verify their safety. Some of the report’s main recommendations included disclosure of all chemicals used in well stimulation, and careful recycling or disposal of fluids collected during well stimulation treatments. Tormey was on the steering committee for the report, where his oil-field review experience came in handy. “When we looked at the direct effects of hydraulic fracturing, we concluded that those effects were small and manageable.”

With hydraulic fracturing, he said, citizens typically ask about water pollution. But those risks are much lower than people assume. In Inglewood, the closest groundwater for drinking is tapped more than a mile and a half away from the field, and the field is geologically isolated from that aquifer.

“To address Inglewood residents’ questions, we analyzed the water source for the surrounding area quarterly for two years. There was no change.”

“To address Inglewood residents’ questions, we analyzed the water source for the surrounding area quarterly for two years. There was no change.” – Dan Tormey

Another incorrect idea he runs into is that oil and gas production is unregulated. But that’s not true: “When you start looking at it, it’s a very heavily regulated industry,” Tormey said. “And that’s healthy: You do want to take a regular look to see if the state of the industry has changed such that the regulations might need to change. At a cocktail party, you’ll hear, ‘Oh those guys, they just do whatever they want.’ Well, no. California actually imposes some of the most stringent environmental regulations on oil and natural gas production in the world, enforces those regulations, and updates them as conditions change.”

A lasting image that is just wrong about the oil and gas industry comes from a film: “The iconic scene of the movie ‘Gasland’ is a guy setting water from his tap on fire. In fact, in that particular scene, the methane had occurred naturally in the water. Even if there’d been no oil and gas development, that gentleman would have been able to set his tap on fire. A place where there’s a lot of oil and natural gas in the ground often has methane in the water.”

Life as a Consultant 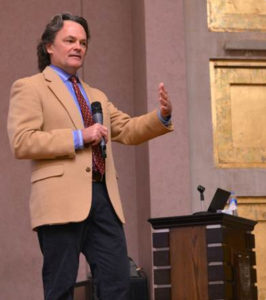 Typically, Tormey’s day might start out in the field and end behind a podium lecturing for the Society of Petroleum Engineers. “It’s a good way to share knowledge,” he said, “and you learn a tremendous amount as a lecturer.”

In between are his ongoing projects advising clients on environmental impacts. “Right now, for example, I’m working with a federal agency to determine the environmental, economic and social impacts of either keeping or removing a coal-fired energy generation plant in and near the Navajo nation,” he said. For many years the Four Corners region (the quadripoint in the United States where Arizona, Colorado, New Mexico and Utah meet) has been the intersection of energy production, tribal revenue, and environmental justice. That delicate balance is also experiencing the changeover of federal policies from the Obama to the Trump administration. It’s a place where well-communicated results of scientific studies are essential to narrow the differences among people’s views on these questions. I’m honored to work there every time I’m at a public meeting.”

“Field work has always been my lifeblood,” Tormey said. That’s where he spends up to a quarter of his time. “I undertake expeditions all over the world to measure environmental effects and provide advice.”

“Field work has always been my lifeblood,”

His work in the Andes, for example, often sends him into active volcanic craters to obtain samples for analysis, and to media outlets and speaking engagements to describe how volcanic activity could impact the surrounding communities. Because of that expertise, Tormey was appointed to an advisory committee for UNESCO World Heritage site selection, reviewing natural sites (including ones with volcanic features, like Hawaii’s Kilauea) to identify areas worthy of becoming World Heritage sites; to help contenders for that designation develop their applications; and to provide advice on management plans, such as how to reconcile drawing visitors to an area like Kilauea which can also have hazardous eruptive conditions like we are seeing this year. “I love doing that. It’s really important to preserve the world’s unique geodiversity for future generations, and I’m lucky to be a part of it,” Tormey said. He also spent time on the Science Advisory Board for California’s Giant Sequoia National Monument, an appointment from the US National Academy of Sciences, based on his two decades of Kern River sediment research.

“It’s satisfying to be able to use years of field experience and scientific research to provide data-driven advice,” he said. 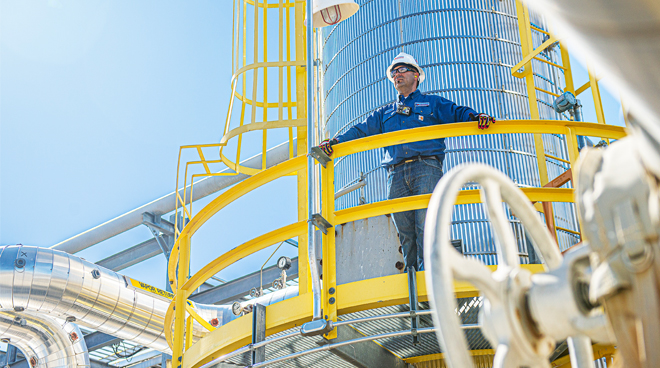 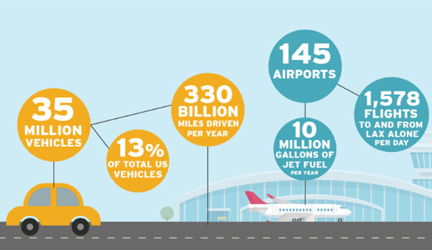