Californians consume an immense amount of energy and have an incredible thirst for petroleum products which underpin our modern lifestyle well beyond gasoline for our cars and trucks. On a standalone basis, the Golden State is the fourth-largest global consumer of energy. To meet this need, the state imported 74% of its crude oil in 2018 (a new record!) from foreign countries, federal waters and other states. By comparison, California imported only 5% of its oil in 1985 and produced the rest in-state. To see the decline of California’s in-state oil production from 1981-2018, view the American Enterprise Institute’s animated chart of US oil production by state.

California must and can become more self-sufficient with an “All-of-the-Above” energy approach, including oil, natural gas and renewables. Despite needing more energy, California dropped during 2017 from its decade-long position as the third-largest oil producing state in the U.S. to the sixth-largest in December. New Mexico, Alaska and Oklahoma have jumped ahead of California, garnering billions of dollars in new investments that Californians can and should attract.

Last year, Californians effectively paid more than $32 billion to Saudi Arabia, Iraq, Kuwait and other places outside the state by importing oil. By comparison, this is the equivalent of 26% of California’s General Fund Budget last year. We have the abundant resources, technology and workforce to change that. Let’s keep our good, high-paying jobs and billions of dollars in state and local tax revenues here in the state where we produce energy under the world’s leading safety, labor, human rights and environmental standards.

Learn more about California’s growing dependence on imported energy below. 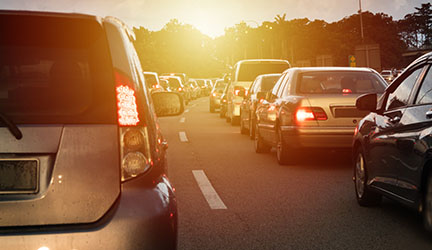 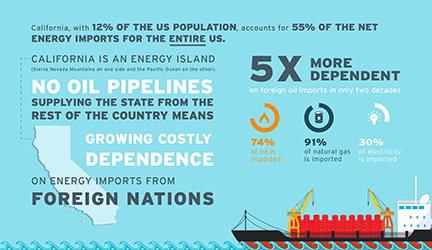